WHAT IS “THE AUTHORS SHOW®”?

The Authors Show is a professional interview podcast created in 2005 that offers participants multiple benefits that authors who are serious about marketing their work need to consider, especially inasmuch as these benefits have long lasting effects. The Authors Show broadcasts interviews on multiple “channels”, each featuring one individual author for a full 24hrs Monday through Thursday, and 3-day weekends (Fri/Sat/Sun).

Grace Michelle has everything she wants; a home, a family, and a future career as a costume designer for the Ziegfeld Follies. Pretty good for a girl who was orphaned at a young age and living on the streets of New York City during prohibition. But when her sister Sophia, the star of the show is murdered, Grace’s once protected life is shattered.

Beholden to Florenz Ziegfeld, Jr., the man who saved her from the streets, shy and introverted Grace must fill her sister’s Broadway shoes to save the fledging show and ultimately find Sophia’s killer. But on a transcontinental publicity train tour to California, it becomes clear that Grace’s life too, is in danger. Who could want her and Sophia dead? Flo Ziegfeld who is gaining publicity from the murder? His jealous wife? The man she and Sophia almost killed while on the streets? Grace has nowhere to go and no one to trust, even the Private Investigator, Chet Riker, who’s been hired to protect her. She is exposed to the dark nature of the era and shady characters of the prohibition.

Chet Riker is trying to piece his life back together after return from the battlefield in France. But he has a problem, a big one. In an attempt to save his estranged mother’s life, he’s become indebted to prohibition era mob-boss Joe Marciano. Marciano wants him to pay up, or else. Chet goes to former client Florenz Ziegfeld, Jr.,  for work who just happens to need a body guard for his new star. Chet’s hardened theory that love only produces pain is tested when he meets the mysterious and innocent Grace.

When things get desperate for the show, Ziegfeld turns to wealthy and ruthless Marciano for a fast fix, but there is a price. Chet’s debt and the mob-bosses access to the beautiful Grace Michelle. When things go wrong and Marciano kidnaps Grace and neutralizes Chet, Grace must find a way to avenge her sister’s death, save herself, and the man she’s grown to love in the age of prohibition. 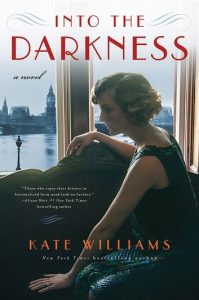 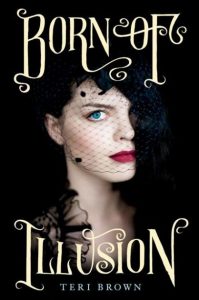 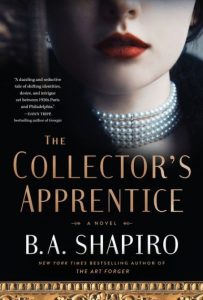 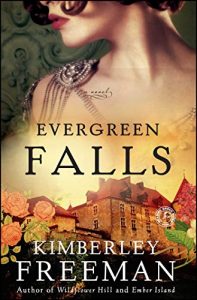 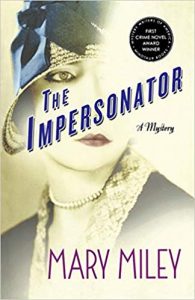 “Author Kari Bovee has fictionalized true characters in her lively mystery, Girl with a Gun. The story begins in St. Louis, Missouri, 1885.

Fifteen year-old Annie Oakley is the sole supporter of her mother and two younger siblings. Annie is an excellent marksman and sells game to the local markets to make ends meet. While in town one day, she competes in a shooting contest and is invited to become a part of the renowned Buffalo Bill Cody’s Wild West Show.

Annie meets her assistant, Kimi, a fictionalized teenage Indian girl whose murder begins the story. Thus begins a string of events which could not only endanger Annie, but could also ruin the Wild West Show. True characters, which the author portrays with their known characteristics, include Frank Butler, Buffalo Bill, and Sitting Bull.

As the mystery thickens, Anne’s shooting and riding skills catapult her to fame. When a scandal erupts that could bring her career to a crashing end, she enlists the assistance of a newspaper reporter who has the resources to help unravel the mystery.

I enjoyed Girl with a Gun and learning more about Annie Oakley and her strong Quaker background. I appreciated author Bovee’s attention to detail and her obviously solid research, particularly of period clothing, guns used in that era, and horse behavior. The mystery novel also touches on Annie’s later interest in women’s suffrage and in teaching women how to use guns for self-defense. ”

Read more reviews for Girl with a Gun >>HERE<<

Author Kari Bovee https://karibovee.com/ visits with Wally On The Weekend about her award winning work.

Posted by Wally on the Weekend on Tuesday, January 7, 2020

Wally on the Weekend – tune in as we discuss the Annie Oakley Mystery Series, my writing and some of my recent awards! 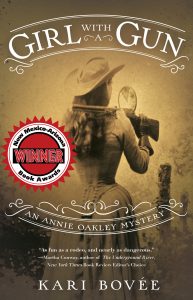 “A great light and fun read that will take you to the old West’s most noteworthy wild west show and meet its most famous historical figures. A whodunit mystery, Girl with a Gun doubles as historical fiction – the word fiction is emphasized. Not everything that happens in Kari Bovée’s debut novel actually happened as Annie Mosey from Ohio transitioned to “Little Miss Sure Shot” in Buffalo Bill’s Wild West Show. Readers looking for a factual account should peruse the non-fiction and biography shelves.

For those who simply want to be entertained, and get a sense of life in 1885, then stand by for a good time as bodies keep dropping, a horse gets poisoned, and attempts are made on Annie Oakley’s life. Of the three major themes in mysteries, the reader will find them all in Girl with a Gun. There are multiple instances of characters seeking revenge; characters doing bad things while they attempt to obtain something that does not belong to them; and characters wanting to stop something that is happening that they do not like. Enough intertwining of facts with fiction, of plot weaving, and characters not being all they appear to make even Agatha Christi blush.

Author Kari Bovée manages to introduce some very important, and unexpected, serious themes into Girl with a Gun. We are faced right away with the choices available to women in 1885 – marriage, the whorehouse, or an uncertain life alone. Indeed, woman’s place in society is a major refrain as Annie doesn’t even get to choose her new name when she enters the show. Abuse of women and strong prejudices against Indians illuminate the dark underside of 1885 American society.

The strong bond between horse and human is today less understood by modern society but figures as a strong motivator in the plot. And like today, everyone has secrets – some of those matter to the outcome of the mystery and others are complications and red herrings tantalizingly introduced throughout the pages in excellent fashion.

Girl with a Gun will give the reader an inside view of the historic wild west show. We see jealousies, manipulation, rivalries, and choices to be made when the main attractions in the show come to understand they are just employees under the thumb of the owner. The reader learns quite a bit about horsemanship, shooting, showmanship, costumes and dress. Regardless of how the author adjusts the real world to tell her story, the life and times of Annie Oakley are vividly brought to life in a way that cannot be replicated by histories. Annie is depicted as a woman ahead of her times – brave, adventurous, willing to shoulder responsibility, and full of life. She is loyal to a fault. Readers will have no problem identifying with Annie and recognizing that her decisions, like their own, are sometimes made for all the wrong reasons. Supporting characters in the story are larger than life as are the real-world figures they represent.

Girl with a Gun is a major prize winner that bears your investigation. The book is very readable with a nice pace and short chapters. The major events of the story take place during April 1885 with the denouement occurring a few months later. There are some great lines worth remembering such as: “And as far as being friendly goes, I’m friendly, all right – just ask the boys.” Read the book. You will not be disappointed. Just ask the boys.”