Most famously known as William Randolph Hearst’s mistress, Marion Davies deserves credit in her own right as an actress, film producer, screenwriter and philanthropist.
In 1916, Broadway showman Florenz Ziegfeld, Jr. signed Marion on as a featured player in his popular Ziegfeld Follies. That same year, she also made her screen debut modeling gowns made by Lady Duff Gordon in a fashion newsreel.
The following year, she appeared in her first feature film, Runaway Romany, directed by her brother-in-law, Broadway producer George Lederer. Marion not only contributed as the lead actress, she also wrote the screenplay.
Then she starred in two films—The Burden of Proof and Cecilia of the Pink Roses. Playing mainly light comic roles, she quickly became a popular film personality appearing in lead roles alongside major male stars. She earned a lot of money and spent much of it helping family and friends.

She soon caught the eye of newspaper tycoon William Randolph Hearst, and took on the new role of “mistress.” Hearst, highly supportive of her film vocation, founded Cosmopolitan Pictures to produce her films. He also took over management of her career.

While Hearst kept his wife at bay, Marion filled the void as friend, lover, and hostess of Hearst’s lavish parties for the Hollywood elite held at Hearst Castle in San Simeon, California, and also aboard his luxury yacht, Oneida.

Linked with Hearst’s famous name and lifestyle, Marion’s name would also be linked to scandal when famous Hollywood film producer, Thomas Ince, died.
In November 1924, Marion was hosting a weekend party on the Oneida. It had been rumored around town that Marion had fallen victim to the charms of playboy and known philanderer Charlie Chaplin, who was also a guest aboard the yacht that fated weekend. One story has it that Hearst, jealous of Chaplin, took a gun and fired it into what he thought was Chaplin’s cabin. Instead, it was Thomas Ince who got the bullet. There has never been any evidence to support that story.
His autopsy showed that he suffered an attack of acute indigestion and the cause of death was actually a heart attack. But, people love to gossip. Especially about a wealthy business tycoon and his mistress.
Marion stayed with Hearst until his death in 1951. Eleven weeks and one day later, she married Horace Brown, but the marriage didn’t last. In her later years, Davies devoted herself to charity work. In 1952, she donated nearly two million dollars to establish a children’s clinic at UCLA which was named for her. 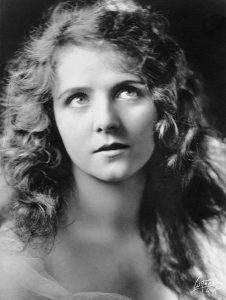 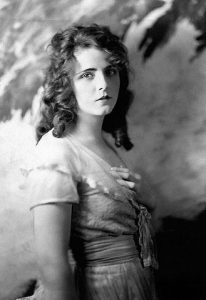 The ethereal Olive Thomas is the inspiration for one of the secondary characters in my novel, Grace in the Wings, the first book in a mystery series that is currently being shopped by my agent for purchase.

Sophia Michelle is the older sister of my protagonist, Grace.  Orphaned at 15, Sophia vowed that she and Grace would always have a roof over their heads, never go hungry and never live in an orphanage.  She relied on the only asset she possessed at the time, her captivating beauty. She spent many nights “out” but always provided for her sister until she was discovered by the famous show-man, Florenz Ziegfeld, who took the girls under his wing and made Sophia a star.

Olive Thomas was born Olivia R. Duffy, October 20, 1894, to a working class Irish American family in Pennsylvania. At 15 years of age she was forced to leave school and help support the family.  At 16 she married Bernard Krush Thomas. The marriage lasted two years. After her divorce she moved to New York City, lived with a family member, and worked in a Harlem department store. In 1914, she won “The Most Beautiful Girl in New York City” contest and landed on the cover of the Saturday Evening Post.

Having caught the public’s attention, and the eye of the famous Florenz Ziegfeld, Olive was hired to perform in his wildly popular Ziegfeld Follies. It wasn’t long before Olive had star billing in the Midnight Frolic, a show at one of Ziegfeld’s favored venues, the Roof Top Theater of the New Amsterdam Hotel. The Frolic catered primarily to well-known male patrons. The girls’ costumes, often just a few strategically arranged balloons, allowed amusement for the gentlemen who would pop the balloons with their cigars. The beauty of Olive Thomas became legendary and she was pursued by a number of wealthy men. She is said to have had “lovely violet-blue eyes, fringed with dark lashes that seemed darker because of the translucent pallor of her skin.”

The relationship with Pickford could even have been said to contribute to her sudden death in 1920.  After a long night of dancing, drinking and drugs, Olive and Jack went back to their hotel room. Suddenly, from the bathroom, Jack heard Olive scream, “Oh God!”  According to Jack’s account, Olive had accidentally drunk from a bottle of something marked “poison”.  After a trip to the hospital and having her stomach pumped three times to no avail, Olive Thomas died. The autopsy stated that she died of a mixture of mercury bichloride and alcohol. Mercury bichloride was the prescribed tonic for Jack’s persistant and cronic syphyllis.