What woman could inspire four of Dodge City’s legendary lawmen to come together to find a killer? A beautiful songbird named Dora Hand.

Born between 1840 and 1844, Dora Hand came from a prominent Boston family. She is said to have studied music in Europe and had once performed opera in New York City. She married a musician named Ted Hand, but the relationship did not last.

Suffering from tuberculosis, Dora moved west for the dry air. She settled in Dodge City, Kansas, and the town was instantly smitten. Described as beautiful and gifted, legend has it that attentions for her favor caused more gunfights than any other woman in the west.

One of her most ardent admirers was James Kelley, also known as Dog Kelley, the mayor of 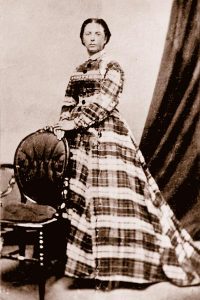 Dodge and part-owner of the Alhambra Saloon and Gambling House. Dora sang every night at the Alhambra, and also sang at the Lady Gay Dance Hall and Saloon. She earned upwards of $75 per week.

Sweet natured and generous, Dora gave much back to the community through charity and good works. But, despite her benevolence, she still encountered her fair share of jealous and ill-meaning followers. Some thought her an angel, and others thought her a whore.

A Reverend Mr. Wright, a local pastor, both confounded and delighted his flock when he invited Dora to sing weekly at his Sunday evening services. Like her or not, every Sunday night the church was packed to hear the lovely Dora sing.

One of Dora’s admirers was Spike Kennedy, the son of a wealthy Texas cattle rancher. Spoiled and not adhering to his father’s Quaker sensibilities, or his mother’s Catholic devotion, Spike was, in short, a hell-raiser who loved drinking, gambling and whoring, and who felt he was above the law because of Daddy’s money—which, ultimately he was.

One night, after much drinking at the Alham 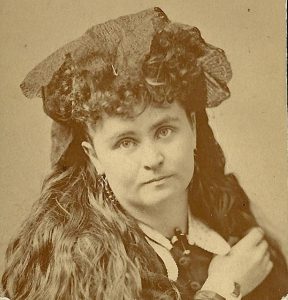 bra, Spike turned his attention to Dora. Dog Kelley threw him out on his ear. Humiliated, Spike would have his revenge. On an early October morning, Spike fired two shots into the thin walls of Kelley’s cabin. Little did he know, the mayor had gone to nearby Fort Dodge to visit a doctor for a stomach ailment. Sleeping in a bed in the back room of the cabin, was Dora. The second bullet zinged through the door, then the interior wall, and hit Dora in the side, killing her instantly.

Dodge’s renown lawmen, Wyatt Earp, Bat Masterson, Charlie Bassett and Bill Tilghman set out to find Spike. They did, but he didn’t hang. His father somehow bought him an acquittal, and the court cited “lack of evidence.”

Dora’s funeral drew one of the biggest turnouts Dodge City had ever seen. It was said the town shut down for her funeral and 400 men rode behind the wagon carrying Dora’s body up Boot Hill for burial.

If you love tales of the old west, you might enjoy my Annie Oakley Mystery Series. You  can find the books on Amazon.