Novels set in Old Hollywood are some of my favorites. The Golden Age of Tinseltown evokes sparkling images of  glamour, intrigue and deception.

Old Hollywood saw the development of the movie industry with important movie milestones, the production of famous, popular movies and the studio system that created movie icons in the glamorous actors and actresses who starred in the films. ~ American-Historama.org

The Golden Age is the perfect setting for a glitzy historical fiction novel; giving birth to complex characters influenced by fame – or the search for it.

Here are a few of my all-time favorite novels set in Old Hollywood.

A Touch of Stardust by Kate Alcott

From the New York Times bestselling author of The Dressmaker comes a blockbuster novel setthat takes you behind the scenes of the filming of Gone with the Wind, while turning the spotlight on the passionate romance between its dashing leading man, Clark Gable, and the blithe, free-spirited actress Carole Lombard.

Adriana Trigiani, the New York Times bestselling author of the blockbuster epic The Shoemaker’s Wife, returns with her biggest and boldest novel yet, a hypnotic tale based on a true story and filled with her signature elements: family ties, artistry, romance, and adventure. Born in the golden age of Hollywood, All the Stars in the Heavens captures the luster, drama, power, and secrets that could only thrive in the studio system—viewed through the lives of an unforgettable cast of players creating magic on the screen and behind the scenes.

The Garden on Sunset: A Novel of Golden-Era Hollywood

Have you ever wanted to climb into a time machine and visit Hollywood during its heyday?

Right before talking pictures slug Tinsel Town in the jaw, a luminous silent screen star converts her private estate into the Garden of Allah Hotel. The lush grounds soon become a haven for Hollywood hopefuls to meet, drink, and revel through the night. George Cukor is in the pool, Tallulah Bankhead is at the bar, and Scott Fitzgerald is sneaking off to a bungalow with Sheilah Graham while Madame Alla Nazimova keeps watch behind her lace curtains.

Set in Old Hollywood, Starstruck follows the lives of three teen girls as they live, love, and claw their way to the top in a world where being a star is all that matters.

A lush, dramatic biographical novel of one of the most glamorous and alluring legends of Hollywood’s golden age, Marlene Dietrich—from the gender-bending cabarets of Weimar Berlin to the lush film studios of Hollywood, a sweeping story of passion, glamour, ambition, art, and war from the author of Mademoiselle Chanel.

Grace in the Wings by Kari Bovee

Grace Michelle has everything she wants: a home, a family, and a future career as a costume designer for famed showman. Pretty good for a girl who once lived on the streets. But when her sister, Sophia, the star of the show, is murdered, Grace’s safe and protected life is shattered.

In this novel from the acclaimed author of A Bridge Across the Ocean and The Last Year of the War, two women working in Hollywood during its Golden Age discover the joy and heartbreak of true friendship.

The Girls in the Picture by Melanie Benjamin

From the New York Times bestselling author of The Swans of Fifth Avenue and The Aviator’s Wife, a “rich exploration of two Hollywood friends who shaped the movies” (USA Today)—screenwriter Frances Marion and superstar Mary Pickford

“Full of Old Hollywood glamour and true details about the pair’s historic careers . . . a captivating ode to a legendary bond.”—Real Simple

A fearless and spirited pilot conquers Hollywood. Now can she survive movie stardom?

In 1945 Velva Jean Hart is a bona fide war heroine. After a newsreel film of her triumphant return to America, Metro-Goldwyn-Mayer promises to make her a star. They give her a new life story and a brand-new name. As “Kit Rogers”, she navigates the movie sets, recording sessions, parties, staged romances, and occasional backstabbing that accompany her newfound fame. She also navigates real-life romance, finding herself caught between a charismatic young writer and a sexy and enigmatic musician from her past. But when one of her best friends dies mysteriously and the most powerful studio in the world launches a cover-up, Velva Jean goes in search of the truth – risking her own life, as well as her heart, in the process.

Set during Hollywood’s Golden Age and peopled with a cast of unforgettable characters, American Blonde will mesmerize fans of The Chaperone as well as fans of the Velva Jean series.

Which are your favorite novels set in Old Hollywood? 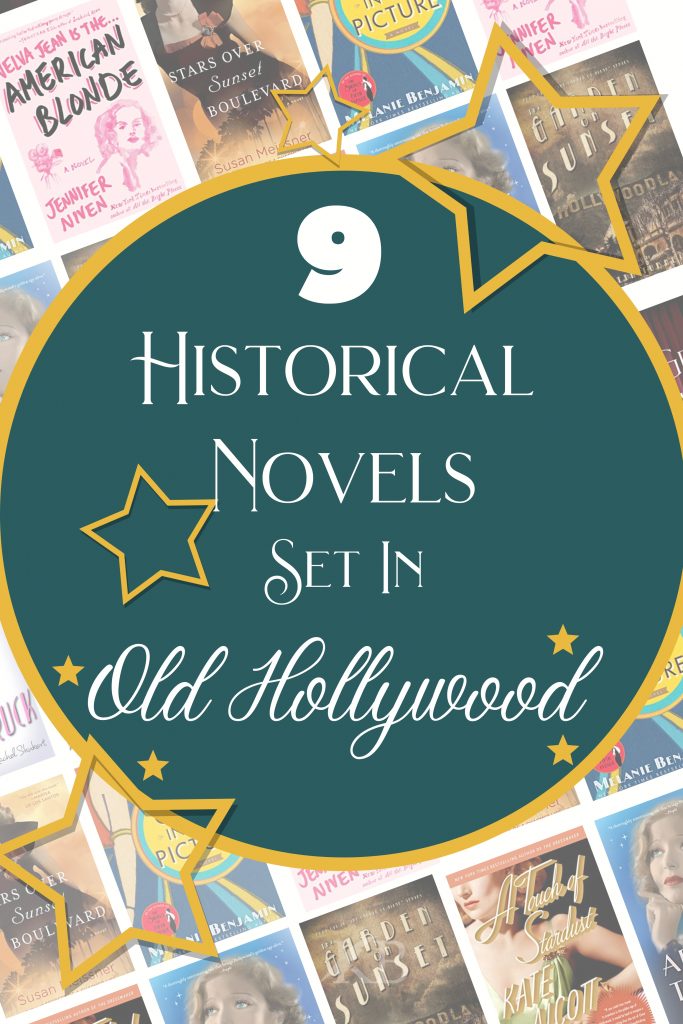