It is so fun for me to take the spark of an idea and grow it into full-length book of mystery and intrigue, usually in a historical setting. I love to create historical novels based on historical figures. The spark for my historical fiction books often comes from something or someone in history that moves me or makes me think about how people in the past might have thought about or reacted to a mystery in their life.

I love to write about empowered women in history, horses, unconventional characters, and real-life historical events. I want readers to experience the joy of an escape from their everyday lives into a mystery from the past.

As a reader, I’m drawn to novels with the same sort of writing. Here are a few of my favorite historical novels based on historical figures:

The Nightingale by Kristin Hannah

France, 1939 – In the quiet village of Carriveau, Vianne Mauriac says goodbye to her husband, Antoine, as he heads for the Front. She doesn’t believe that the Nazis will invade France … but invade they do, in droves of marching soldiers, in caravans of trucks and tanks, in planes that fill the skies and drop bombs upon the innocent. When a German captain requisitions Vianne’s home, she and her daughter must live with the enemy or lose everything. Without food or money or hope, as danger escalates all around them, she is forced to make one impossible choice after another to keep her family alive.

Vianne’s sister, Isabelle, is a rebellious eighteen-year-old girl, searching for purpose with all the reckless passion of youth. While thousands of Parisians march into the unknown terrors of war, she meets Gäetan, a partisan who believes the French can fight the Nazis from within France, and she falls in love as only the young can … completely. But when he betrays her, Isabelle joins the Resistance and never looks back, risking her life time and again to save others.

The Other Boleyn Girl by Phillippa Gregory

When Mary Boleyn comes to court as an innocent girl of fourteen, she catches the eye of the handsome and charming Henry VIII. Dazzled by the king, Mary falls in love with both her golden prince and her growing role as unofficial queen. However, she soon realizes just how much she is a pawn in her family’s ambitious plots as the king’s interest begins to wane, and soon she is forced to step aside for her best friend and rival: her sister, Anne. With her own destiny suddenly unknown, Mary realizes that she must defy her family and take fate into her own hands.

With more than one million copies in print and adapted for the big screen, The Other Boleyn Girl is a riveting historical drama. It brings to light a woman of extraordinary determination and desire who lived at the heart of the most exciting and glamorous court in Europe, and survived a treacherous political landscape by following her heart.

Girl with a Gun by Kari Bovée

Fifteen-year-old Annie Oakley is the sole supporter of her widowed mother and two younger siblings. An expert markswoman and independent spirit, she hunts game to sell to the local mercantile to make ends meet instead of accepting a marriage proposal that could solve all her problems, including the impending foreclosure of her family’s farm.

After a stunning performance in a shooting contest against famous sharpshooter Frank Butler, Annie is offered a position in the renowned Buffalo Bill’s Wild West Show. Finally, she has a chance to save her family’s farm–and make her dreams come true. But after her catapult to fame, a series of crimes takes place in the Wild West Show, including the death of Annie’s Indian Assistant. The coroner claims the death was due to natural causes, but Annie is unconvinced. Then her prized horse, Buck–a major part of her act–is stolen, and she realizes that someone is out to get her.

With the help of a sassy, blue-blooded reporter, Annie sets out to find her horse, solve the crimes, and clear her good name–before everything she’s worked for is destroyed.

England in the 1520s is a heartbeat from disaster. If the king dies without a male heir, the country could be destroyed by civil war. Henry VIII wants to annul his marriage of twenty years and marry Anne Boleyn. The pope and most of Europe opposes him. Into this impasse steps Thomas Cromwell: a wholly original man, a charmer and a bully, both idealist and opportunist, astute in reading people, and implacable in his ambition. But Henry is volatile: one day tender, one day murderous. Cromwell helps him break the opposition, but what will be the price of his triumph?

I, Claudius by Robert Graves

Into the ‘autobiography’ of Clau-Clau-Claudius, the pitiful stammerer who was destined to become Emperor in spite of himself, Graves packs the everlasting intrigues, the depravity, the bloody purges and mounting cruelty of the reigns of Augustus and Tiberius, soon to culminate in the deified insanity of Caligula.

Girl with a Pearl Earring

Tracy Chevalier transports readers to a bygone time and place in this richly-imagined portrait of the young woman who inspired one of Vermeer’s most celebrated paintings.

History and fiction merge seamlessly in this luminous novel about artistic vision and sensual awakening. Girl with a Pearl Earring tells the story of sixteen-year-old Griet, whose life is transformed by her brief encounter with genius . . . even as she herself is immortalized in canvas and oil.

The Alienist by Caleb Carr

The year is 1896. The city is New York. Newspaper reporter John Schuyler Moore is summoned by his friend Dr. Laszlo Kreizler—a psychologist, or “alienist”—to view the horribly mutilated body of an adolescent boy abandoned on the unfinished Williamsburg Bridge. From there the two embark on a revolutionary effort in criminology: creating a psychological profile of the perpetrator based on the details of his crimes. Their dangerous quest takes them into the tortured past and twisted mind of a murderer who will kill again before their hunt is over.

The Last Day of Night by Graham Moore

New York, 1888. Gas lamps still flicker in the city streets, but the miracle of electric light is in its infancy. The person who controls the means to turn night into day will make history—and a vast fortune. A young untested lawyer named Paul Cravath, fresh out of Columbia Law School, takes a case that seems impossible to win. Paul’s client, George Westinghouse, has been sued by Thomas Edison over a billion-dollar question: Who invented the light bulb and holds the right to power the country?

The Sunne in Splendour by Sharon Kay Penman

Born into the treacherous courts of fifteenth-century England, in the midst of what history has called The War of the Roses, Richard was raised in the shadow of his charismatic brother, King Edward IV. Loyal to his friends and passionately in love with the one woman who was denied him, Richard emerges as a gifted man far more sinned against than sinning.

With revisions throughout and a new author’s preface discussing the astonishing discovery of Richard’s remains five centuries after his death, Sharon Kay Penman’s brilliant classic is more powerful and glorious than ever. 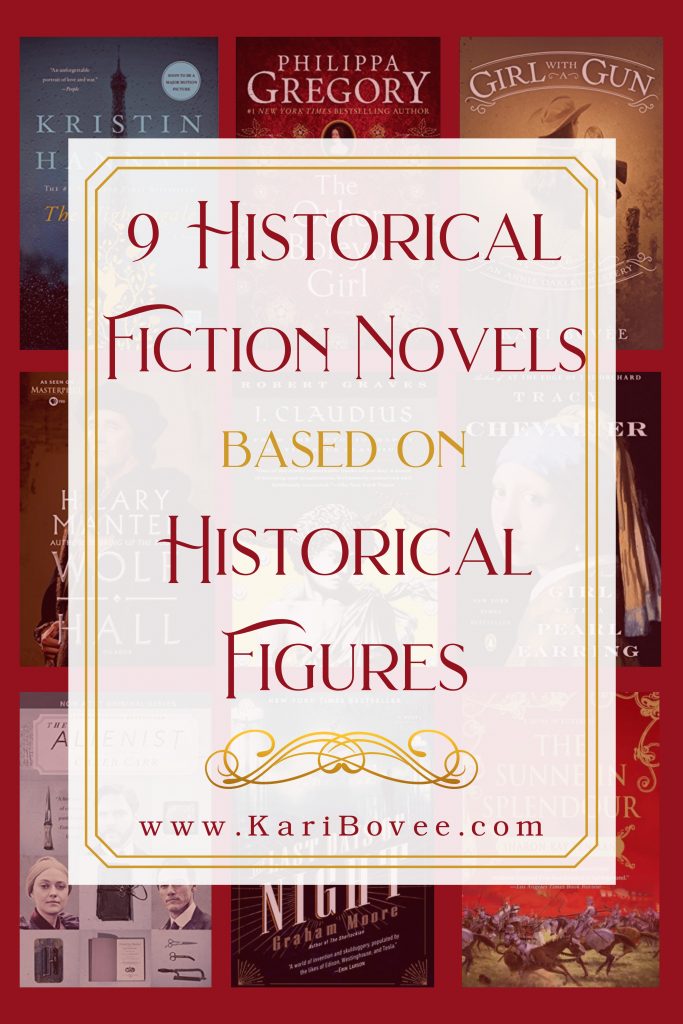