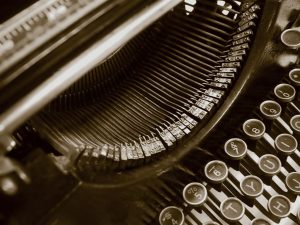 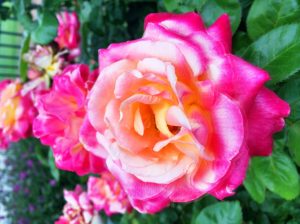 I love this quote. As writers, we all want to sell our work. We all want our words to be cast into the world to make a difference. But, do we write to sell? Do we write to what sells? Sometimes we do, but what is more important is the passion within ourselves that, for some reason, we need to get out and share with anyone who will listen–er, read.

I’ve attended many writer’s conferences and seen and heard many successful, well-sold authors, and most of the time their main message is this: Write what you want to read. I think this is so powerful. Fiction has its trends. By the time you finish your masterpiece, it may not be sellable. But that doesn’t mean that it doesn’t have merit. Times change. Trends change. Write what you want to write. Your passion will lead you to success–whatever your definition of success entails.

This dovetails perfectly with a conversation we had this week in the  Level 4+ Riding Course I am attending at the Parelli Ranch in Pagosa Springs, CO. As some of you know, Parelli Natural Horsemanship is a method, philosophy, and practice of partnering in harmony with horses by communicating in their language. Monday we talked about 7 Cardinal Rules for Life:

See you next week!